so i decided to try and win an x-box in the IAC contest - designing a new X-man character.

since there was an actual prize at stake i decided to try and be more serious about it - spend real time on it and ask for opinions as i go. basically, try to do something with a high production value.

i came up with a character idea - "sphinx: the blind seer". and i forced it out in agony for 7 days - during the weekend and after work. here's a little tutorial: 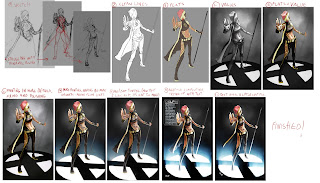 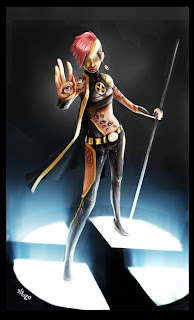 the thing is, i hated outcome so bad i had to do another one to counter it. something quick and dirty and fun!
i give you - "Fish". did this guy in one layer with the black round brush and eraser tools then slapped some color on it. the whole thing couldn't have taken more than an hour. Huzzah! 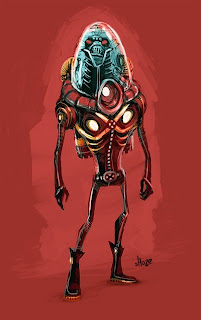 i don't see any of these pieces giving me the win but *fingers crossed*!

Email ThisBlogThis!Share to TwitterShare to FacebookShare to Pinterest
Labels: process