fanarts i did for two comic projects on Kickstarter .

Bastion 7
a comic by Sean "cheeks" Galloway. it hasn't reached the goal yet but there's still time to back it up. you cant go wrong with "cheeks"!
also Sean and the taffy crew gave a very fun and informative interview on the jogees Chanel. 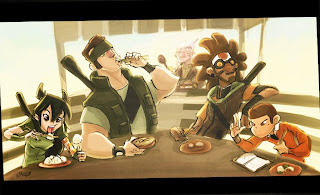 fantasy\action\comedy\horror comic. this one got funded and they used some of the money to make cool animated trailers (this is one of those rare occasions in which its better to play it with sound off).

here is my fanart: 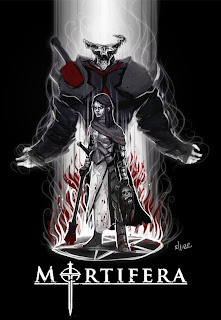 and this is a little GIF i made from it: